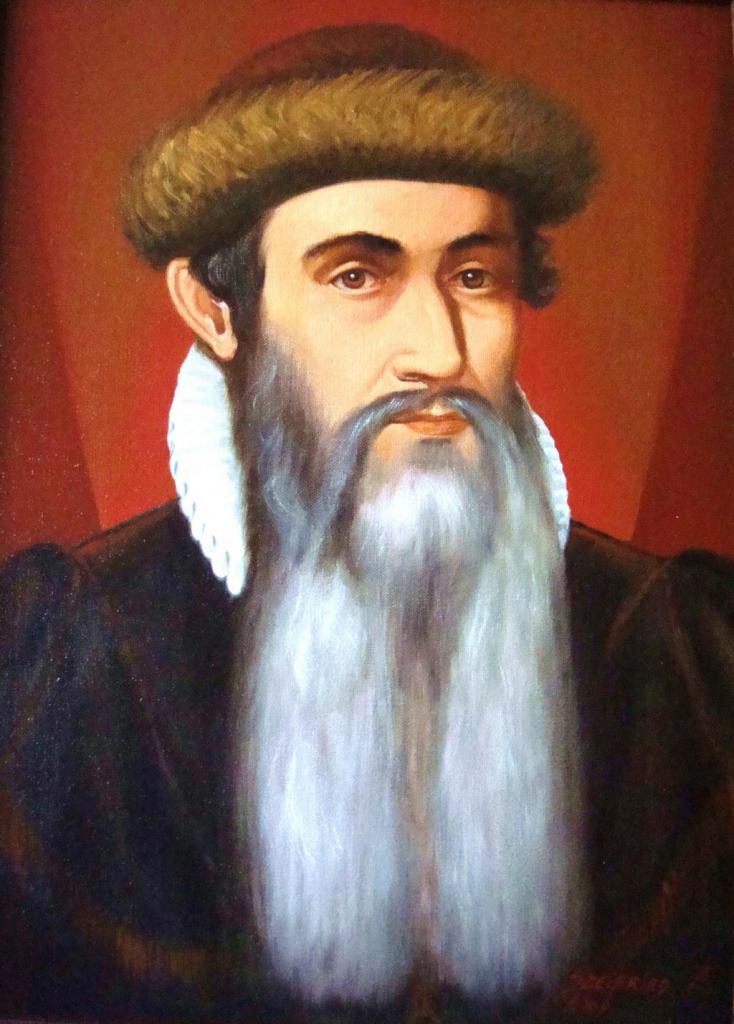 Johannes Gutenberg is a mystery – even his exact birthdate remains unknown. Most experts believe he was born in 1400, from the ancient and noble Gensfleisch-Gutenberg family who resided in the affluent city of Mainz along the Rhine river. After many twists and turns, Johannes adopted his mother’s last name as his own: ‘Gutenberg’, thus securing himself an eternal place amongst humankind’s greatest inventors for pioneering a revolutionary printing technique!

His parents were affluent citizens in Mainz and both served on its board; Johann likely listened to lectures at the University of Erfurt before travelling around age 20 to Strasbourg – where he faced no advantage from his noble heritage. However, it was here that he received a special education: taught how craft exquisite jewelry by his ancestors’ former trade (they used to mint coins and work with precious gems) as well as trained alongside printers who laboriously chiselled letters into metal slabs for block letterpress printmaking.

In ancient times, printing a text or drawing was difficult and time-consuming. Since the imprinting board had to be engraved in a mirror image before it could be used for printing, it was not easy to make corrections nor reuse the board for other texts. As a result, books were handwritten until the invention of the printing press in the 15th century. Books soon became prized possessions instead of rare and expensive collectibles that only a very wealthy person was able to afford. Instead of spending months or sometimes years laboriously creating one copy, it began to take only days to produce multiple copies of a single book. The ease of reprinting caused books to become available more readily, advancing literacy while decreasing cost and time needed.

For centuries before the printing press, writing was an expensive and complicated process. The ancient Egyptians used papyrus to write on, but parchment used by scholars in Pergamum required a complex production process. Even in China where paper had been utilized since ancient times, its production process was kept under wraps as a state secret. Throughout Europe, inventive minds crafted ways to produce ink and primitive printing presses were used by cities across the continent; yet there was still a struggle with a cost effective way to reuse letters. Finally, thanks to some ingenious minds of the time, this difficulty too was addressed and European writing found a far more convenient way to compose great works of literature. 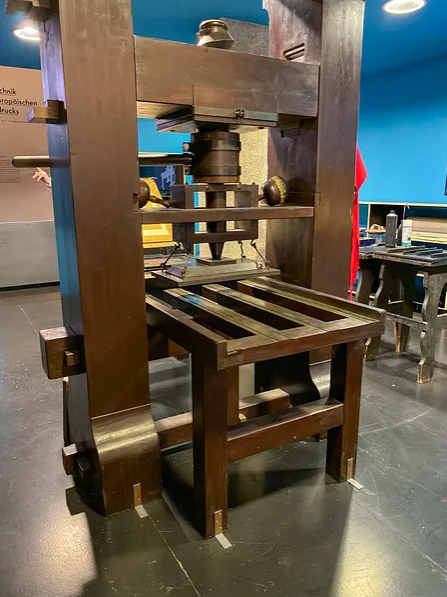 It is amazing to think of the hard work and dedication that Johannes Gutenberg put into reinventing a system of printing that had been long forgotten. For years he crafted, cut and singled out words and phrases until finally he was able to produce a single letter. After creating an entire set of alphabet letters, placing them in cells marked the complete invention of Gothic typesetting – an incredible achievement for its time! As if this wasn’t enough, Gutenberg went on to create the moveable type printing press which revolutionized mass communication and sparked the dawning of what is now known as the Renaissance period.

Johann Gutenberg had an innovative idea for creating a printing press using wooden letters. However, the material was not durable enough and he needed to find a more suitable material. After returning to Mainz, he eventually settled on tin as the best option, which is when he created his second invention – the letterplate. Fostered by the interest of wealthy citizen Johann Fust, Gutenberg secured funding to pursue his dream of printing books and subsequently produced Latin Bible in two volumes with traditional handmade capital letters on August 24th 1455. Unfortunately however due to various disagreements between Gutenberg and Fust they were unable to generate any income off their successful endeavour.

After Fust sued Gutenberg and the court ordered Fust to repay all of Gutenberg’s assets, with a new printing partner in tow in the form of Schöffer, Fust headed over to Mainz. However, even after all of this, Gutenberg would not give up on his dreams. Despite being in debt, he managed to set up yet another print shop and printed a multitude of books ranging from calendars to Latin grammars to Psalters – about fifty books in total. Unfortunately for Gutenberg during his lifetime he was never given any recognition or bestowed with any awards for his incredible achievements and accomplishments – he died quietly and anonymously.

Fust was denied a legacy for his efforts when he met with misfortune. He was thrown into prison by monks who believed printing was a satanic act and was forced to spend the rest of his life imprisoned in Paris. Despite this sad fate befalling Fust at the end of his career, Gutenberg’s name lives on today as an iconic figure of innovation whose invention still resonates nearly 600 years later.

Johannes Gutenberg’s invention of the printing press in the late 15th century revolutionized world civilization. For the first time, information could be reliably duplicated and disseminated with relative ease. Despite having to use stages of hard manual labour, access to published material was drastically increased. Gutenberg was a great resource in disseminating books and newspapers, which lead to an unprecedented increase in public literacy. His revolutionary invention is still remembered today through a series of tributes, including monuments erected in Mainz, Strasbourg and Frankfurt/Main, as well as the opening of the Gutenberg Museum in 1901. Moreover, a 1914 asteroid was aptly named after Gutenberg himself and Project Gutenberg – an online library composed entirely of digitalised texts – proudly adopts his name. It is evident that Johannes Gutenberg’s contribution to world civilisation is forever lasting and should not be forgotten.