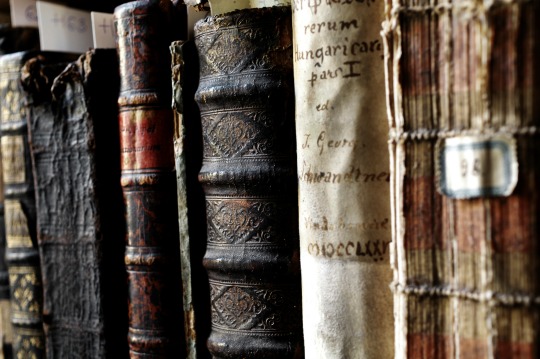 Surprisingly, the history of bookbinding is a long and complex one, with many different methods and materials being used over the years. Here we take a look at the ascent of bookbinding from its inception through to the wondrous array of beautiful bindings available today – revealing how this priceless skill continues to flourish in our era.

In the time of ancient India, books were created in a unique way; religious sutras written on palm leaves that had been cut and dried, inscribed with ink then securely held together by twine. Around 100 B.C., this creative innovation transformed knowledge sharing for future generations to come!

As time progressed, the written word advanced from a cumbersome scroll to an accessible codex. Around 450 AD, this process was finally complete – making books cheaper and more attractive with protective bookbindings. For approximately 150 years prior effort had been put into creating this new way of preserving knowledge for future generations.

An intricately decorated book with a leather binding from the 4th century has been uncovered, featuring two peacocks on either side and an ancient symbol called the ‘crux ansata’ adorning its cover. Not just fascinating for history buffs; today’s artisans can discover how to craft books of their own in this same style thanks to Carly Frigge’s comprehensive guide.

The 13th century saw a significant breakthrough in the way books were bound and decorated. This was no coincidence, as it was directly linked to the royal patronage of arts represented by a certain manuscript from the era which documented the intricate processes involved in book binding, which had never been seen before. This manuscript provided an insightful look into the past and proved to be incredibly valuable for uncovering numerous details about early European chemistry that simply weren’t accounted for or discovered elsewhere. Without this unique, groundbreaking work of art, countless secrets of our past would still remain hidden away.

The production of books in the early 1500s saw a groundbreaking innovation in Paris with cardboard being used as a replacement for wood on book covers. This material had not previously been applied to bookmaking, instead being largely utilized as packaging of goods, and marked the first time it was tested out on such a wide scale. Unfortunately, it did not catch on in England until 1520, more than a decade later despite earlier attempts. The popularity of using cardboard for book bindings remained throughout Europe during that time, an indication of its lasting legacy.

In 1741-1753, Christoph Ernst Prediger wrote the first ever comprehensive guide to bookbinding. This ground-breaking work was published in four separate volumes, covering all aspects of the craft, from cost of materials to various techniques and apprenticeship guidelines. Due to his significance in bookbinding history, Prediger is often called the “father of modern bookbinding”. His detail-oriented and systematic approach enabled many folios, manuscripts and codices to be preserved for generations. The legacy of Prediger lives on today as many of his methods are still taught in bookbinding schools across Europe and North America.

When publisher Peter Lyon started releasing Time: An Apparition of Eternity in his shop in Philadelphia, the townspeople were entranced. Not only was the packaging exquisite – plain paper folding that was secured with wax and featured a presentation paragraph as well as the author’s signature – but it provided an extra layer of protection with its dust cover. This thoughtful touch allowed folks to appreciate and feel confident as they purchased this work of art and showed just how dedicated Lyon was to providing the very best.

The period of 1810-1820 saw a significant shift in the processes of book publishing, which would permanently change the landscape of publishing. British publishers began using cloth as a binding material, a practice that would become standard for centuries to come. Initially, paper boards were covered with cloth, but it was not until 1821 when William Pickering produced the first cloth edition with a paper spine that this style of binding truly took off. From then on cloth bindings had reached such popularity that they became increasingly ornate and often featured elaborate gold stamping, yet always retaining their utilitarian purpose of keeping the pages inside secure and safe from harm.

In 1857 England utilized dust covers with flaps as a protective measure for books, which is still seen today. The USA followed suit in 1865 and even produced their own supercover binding. Though leather was once the regular material used to bind books, elegant materials such as ivory or glass were used to form distinctively decorative bindings, with gilding being a popular finishing touch for many centuries. Rare book lovers have been instrumental over the centuries developing techniques handed down from the masters of bookbinding by collectively perfecting book binging methods; thus ensuring that it has evolved into an art form more suited for modern tastes and aesthetics.

Bookbinding is an ancient craft that dates back centuries. It has been used to make books for kings, queens and regular people alike, the same binding techniques standing strong through time. What began as humble beginnings of papyrus scrolls have dug their heels into a modern tradition full of complexities and artistry.